The FDA monitors the safety of marketed medications using a database known as FAERS (FDA Adverse Event Reporting System). FAERS is huge. There are thousands of adverse event (AE) reports submitted daily, and you can kind of search the database using the FDA's public dashboard, but to perform any kind of 'sophisticated' searching, you need the raw data.

In addition to the dashboard, the FDA also releases its newly-received AE case reports every 3 months in the form of enormous ASCII (text) files. You can find them here.

Well, the FDA just dropped its most recent text files (covering the first 3 months of 2020) on Friday, which means that those files contain the first glimpse of AE cases involving drugs that may have been used to treat the SARS‑CoV‑2 virus (colloquially known as the "corona virus").

How many AE cases were reported during the use of drugs intended to treat corona virus infections?

There are many ways of trying to mine the newly released data.

For example, we can ask "How many AE cases involved hydroxychloroquine (or chloroquine), which have been speculatively touted as viable treatments for the viral infection?" More on that later.

But in addition to telling us what drugs a patient was taking when an adverse event occurred, the FAERS case reports can also list what condition/malady a drug was used to treat. With this in mind, I searched FAERS for any cases where any drug was indicated for the treatment of "corona virus infection."

There are 61 such cases in FAERS that report a drug being used to treat "corona virus infection."
We can look at these cases by the year in which the FDA received them.

You can see the results below. Nine cases (total) were reported from the years 2015 to 2019. These nine cases almost certainly involve the treatment of some other corona virus (not SARS-CoV-2). I suppose it's possible that the cases received in 2019 involved SARS-CoV-2, but I think this is unlikely because the case reports were received from April to October of 2019, which seems a bit early for the pandemic, and they were all filed from the US. 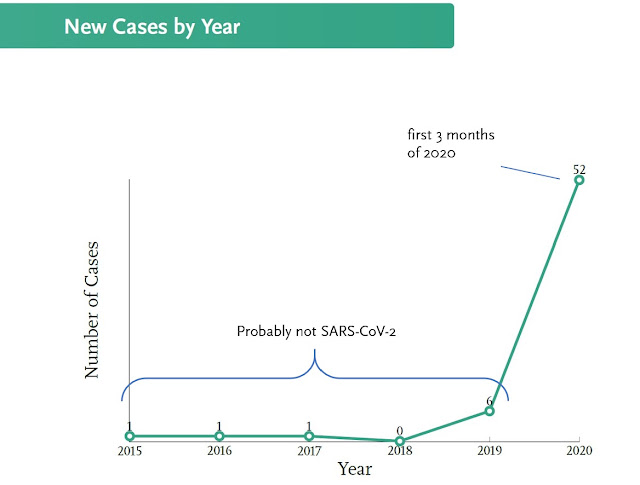 Any of those AE Cases involving hydroxychloroquine?

Maybe a little surprisingly, only 6 of the 61 cases involve chloroquine or hydroxychloroquine (or the branded version of hydroxychloroquine known as Plaquenil). But there are a few things to keep in mind regarding "only" 6 cases (at least one of which resulted in patient death).

What other drugs were we throwing at the corona virus?

We can then ask, "If we look at the other case reports, what drugs (other than hydroxychloroquine) were being used to treat 'corona virus infection'?"
The answer to this question involves four broad classes of drugs:
Given the diverse assortment of antivirals shown above, it looks like clinicians were throwing whatever they had at their disposal at the virus with the hope that something would be effective.

Also, I have no idea what Qing Re Qu Shi Ke Li is.

What was the Age Distribution for Patients Filing Reports?

I was expecting to see cases heavily skewed toward older populations, but the distribution is more uniform than I would have expected (see pic below). Also note that 12 case reports did not specify a patient age. 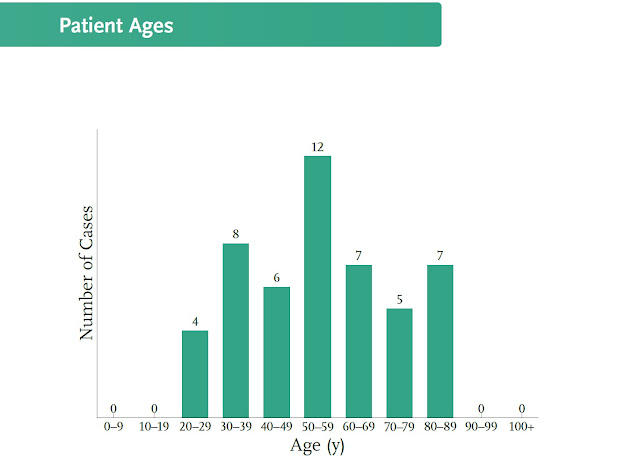 Were there any serious outcomes associated with these adverse event case reports?

The short answer is "Yes." The FDA classifies all outcomes shown in the pic below as serious (including "Other"). Note that the number of cases does not add up to 61 because a patient can suffer more than one type of serious outcome. 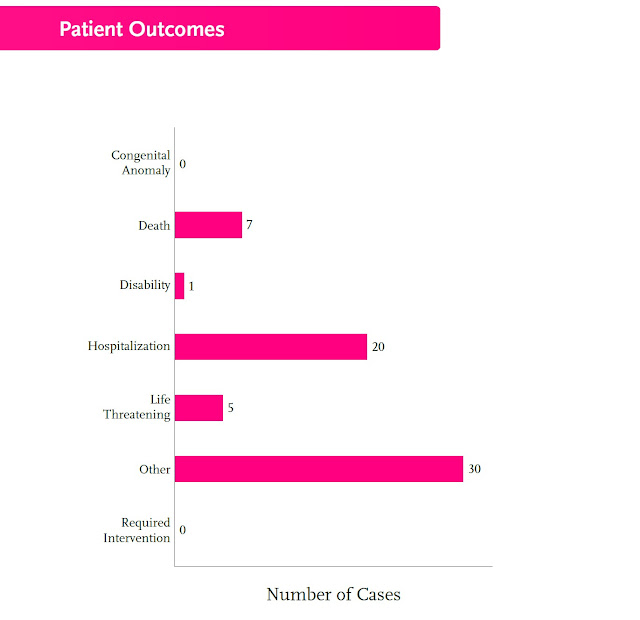 What is the sex distribution of patients in these case reports?

It is skewed toward males by about 2:1 (see pic). This is in keeping with data indicating that men are more susceptible to SARS-CoV-2. I should also emphasize here that if we look at the FAERS database as a whole (looking at case reports for all drugs), the case reports are skewed toward women (data not shown), which makes the result shown below perhaps a little more striking. 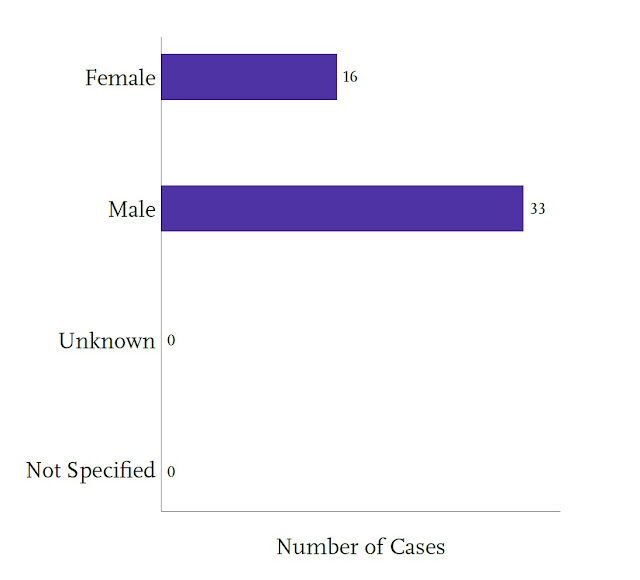 Who is filing these case reports?

Finally, we can also look at which countries were filing those 61 reports. The results here are simultaneously expected and yet somewhat surprising. Specifically, China reported the largest number of cases (23) with the US coming in at a distant second (12).

On the one hand, these numbers are expected because China was at the leading edge of the pandemic and these 61 cases are an early snapshot of what was happening. On the other hand, the numbers are a little surprising because FAERS is a US database and it is typically dominated by reports filed in the US. <speculation>The fact that China has the largest number of submissions into a database in which they they normally contribute a tiny minority leads me to speculate that there are/were a whopping number of unreported drug-related adverse events involving SARS-CoV-2 treatment in China.</speculation> 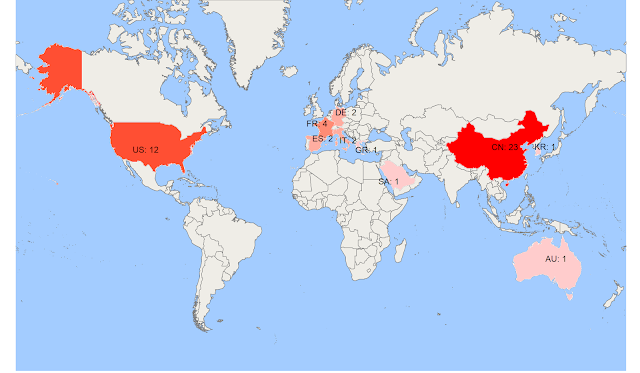